What’s it like to have a Viral Hit video? 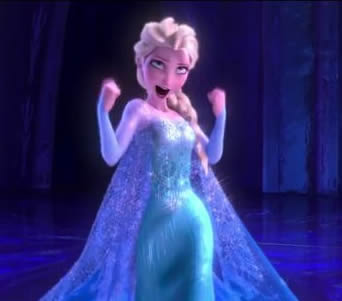 I wrote a parody version of the massive Disney hit “Let it Go”, got a friend to sing it (the awesome Sarah Brown), made a mash-up type video and stuck it on Youtube. I’ve had 3 or 4 videos get 100,000 views or 300,000, even one with half a million. But this one’s gotten over 2 million views.

So what’s it like to have a viral hit video? It’s not a big deal, actually. 2 million views isn’t really a big deal nowadays. But it is to me! Here’s why. Quick calculation – I reckon over the past 15 years I must have performed live to about a million people. This video has done twice that in 6 months, so that’s a big deal to me; even if it is small fry on the Youtube scale.

But the other day my 5 year old son was watching a video of someone opening Kinder eggs and that had 40 MILLION VIEWS, which puts mine in perspective. Lol.

So what things did happen? Well, we were mentioned in a national newspaper and on lots of local radio stations, mentioned by a couple of minor celebs on Twitter and whatnot, and on lots of websites. Somebody copied the video from Youtube, uploaded it to Facebook and got TWICE the views. Someone else on Facebook slagged it off because it wasn’t as good as her video which only got 80 views. Is there no JUSTICE? She didn’t realise she knew us. Lol again. Oh, another time I got introduced to someone as ‘The Let One Go guy’, and they replied, “Huh. You can do anything to do with Frozen and get a million views”. People eh?

The best things that happened were:

1. Lots of friends saw it and said “Well done”
2. A few times it got shared into my timeline by people who didn’t know it was me
3. The first few thousand views, when it was taking off – THAT was exciting. 2 million – meh.
4. I do this on gigs now. Sometimes I can hear people singing along 🙂

And if you really want to be a big internet star? Go open an egg.